Intelligence and insights for the smart-home industry

OpenSync, what a year!

Welcome to Plume IQ, our monthly reveal of data-driven intelligence and customer-focused insights from more than 400 million connected devices managed in the Plume Cloud.

It’s only been a year since OpenSync, the open-source silicon-to-service framework, was founded and announced by Samsung, Comcast, Bell Canada, Liberty Global and Plume. It remains the only platform of its kind, providing the critical building blocks to enable the complete smart home ecosystem to deliver data-rich, cloud-controlled services to broadband subscribers. One year later, the stats have piled up: around 50% of homes in USA and Canada are running on OpenSync, 2 of the top 3 European ISPs have deployed it, and OpenSync is distributed by the top CPE silicon vendors. As momentum continues to build the influence of OpenSync in delivering the potential of the smart home will only grow. 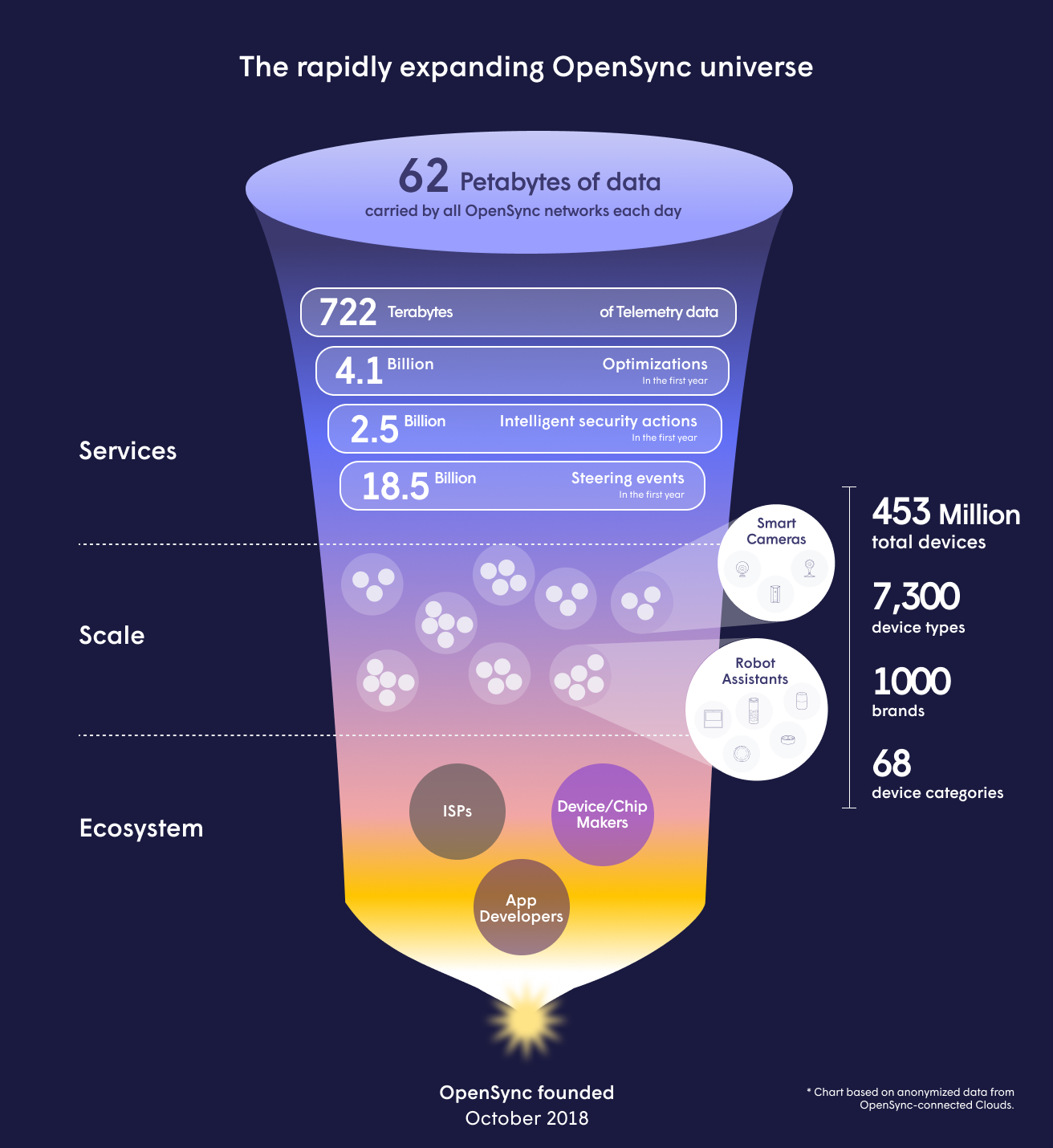 The sun rises on Plume in Asia

Plume is excited to reveal another major ISP partnership and our first in Asia! J:COM has partnered with Plume to bring comprehensive smart home services to over 5.5 million cable subscribers in Japan. In addition to delivering flawless internet to every device throughout the home, J:COM will benefit from intelligent network support tools and data insights, enabling them to make significant operational gains by reducing call-in-rates, lowering truck-rolls and increasing NPS.

Delivering an exceptional customer experience is at the heart of Plume’s DNA. It’s a simple equation for ISPs; high customer satisfaction equals reduced churn and enhanced profitability. Get it right and the rewards are abundant, get it wrong and it’s hard to recover. We believe that flawless Wi-Fi is one of the key pillars of any smart home services offering. In his latest blog post Plume's Chief Commercial Officer, Tyson Marian reveals real-world data that shows just how effective our Adaptive WiFi solution is at reducing call-in-rates and increasing customer satisfaction. 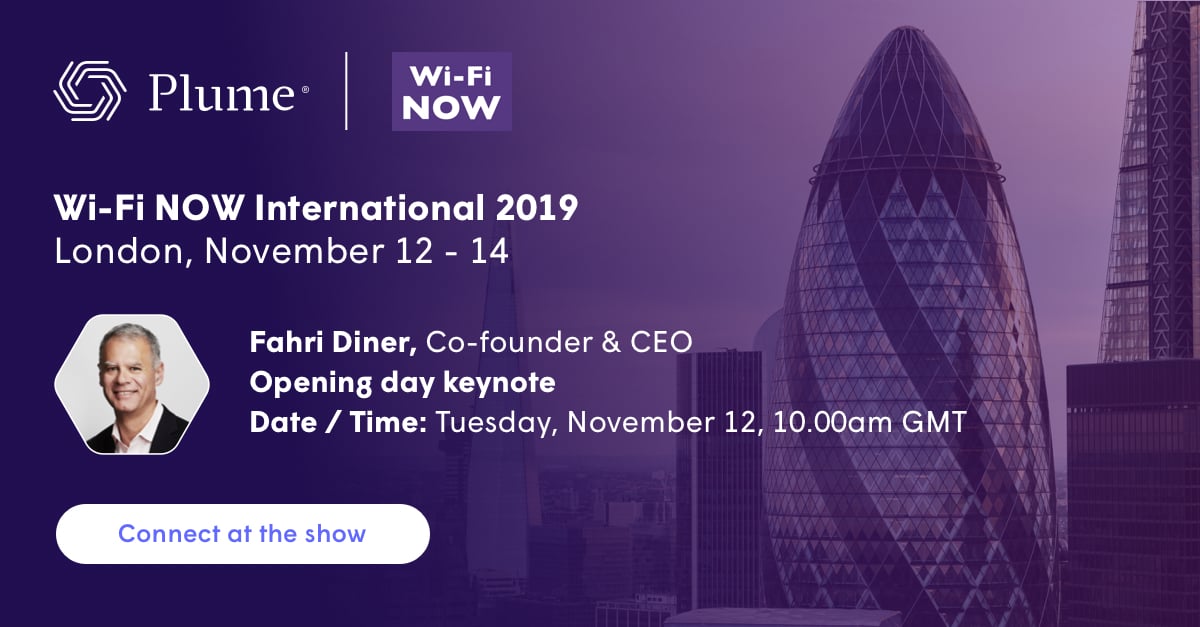 Nov. 12, London: Fahri Diner, Co-founder & CEO delivers a keynote at Wi-Fi NOW, on the expanding OpenSync universe, one year after the launch of the world’s first open-source, silicon-to-service framework.

Nov. 14, Berlin: Christian Constant, GM European Operations joins a panel at Cable Congress to offer insights into why a strategy that leverages the cloud and AI is operationally critical for ISPs.

Request a meeting with Plume >

This case study from Twitter featuring our partner Comcast Xfinity illustrates how ISPs can gain huge customer mindshare by tapping into a single common problem. Is it too late to admit flawless Wi-Fi into Maslow’s 5-level hierarchy of human needs?!

Trademarks
Advanced IoT Security, AI Security, Plume Adaptive WiFi, HomePass, OpenSync, Plume, Plume IQ, PowerPod, and SuperPod are trademarks or registered trademarks of Plume Design, Inc. Other company and product names are used for informational purposes only and may be the trademarks of their respective owners.

Please complete the form below to read Plume IQ

Plume is the creator of the world's first intelligent Wi-Fi services platform for the smart home. We enable ISPs to provide their customers with unparalleled Wi-Fi performance, personalization and security through a bundle of high-value services. Plume’s predictive support tools deliver unprecedented network insight and management capabilities to massively reduce OPEX, boost NPS and cut churn.